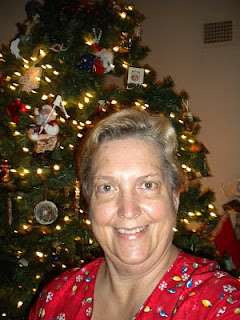 Well Christmas 2009 has come and gone. We enjoyed many activities which included our local community. On Wed December 16 we started with the movie “The Nativity” and then had to cancel the movie on December 18th due to a heavy storm. Our chapel is still full of our bartered food for hospital services so we have to show the movies at my outside movie theater and so if it rains we have to cancel! We did show a movie on Saturday the 19th and on Sunday the 20th the youth group did a drama for the crowd who came to church on Sunday night at the hospital.
On Monday the 21st and Tuesday the 22nd we showed Christmas movies and then on the 23rd we went caroling around the mission. The tradition here is that we start with a small group and as we go house to house those people join us—so by the time we finished we had over 200! We gave sweets to all who came!
Tuesday the electricity went off and has not come back since. We sent people on Wed and Thurs to get ZESA workers to fix the problem but all they did was finally find 3 poles down and say they would fix it sometime! So in the meantime—no electricity until "sometime". I think this is our 4th Christmas in a row without electricity!
On the 24th we finished the hospital work by 1 p.m. and then we had our Annual Christmas party for the staff. We served 2 pigs, 24 chickens, 50kg of rice, 10 kg coleslaw and 6 cakes! People ate and ate! Two of the staff was sick the next day from all they ate! We played games and then gave speeches to thank our staff for all their hard work throughout the year. We ended with giving each staff member 2 kg flour, 2 kg sugar, 2 kg rice, 1 long bar of soap, and 2 litres of Mazoe drink. They were all so happy to have food to celebrate the next day with their families. This was actually our second Christmas dinner for the year as we had to cancel our last year one due to cholera and we finally had it in May! This year no cholera so far—yeah!
On Christmas Eve was had a candlelight sing. Didn’t have to turn the lights off since we had no electricity. We sang carols and then read the Christmas story from scripture. Afterwards the Mereki family and Dr. Murenje came to my house for snacks and opening presents! We had a great time and the party didn’t end until after 11 p.m.!
Christmas morning I was up by 6 to get the pumpkin pies made before church at 9 a.m. We had church in the courtyard of the hospital and over 200 people came! After church we had told people to bring their cups for tea and bread. We served 95 loaves of bread! Cut into 1 inch slices with jam or margarine, people ate until they were very full! One of the msasa women (those staying in our maternity waiting shelters) came for the service while in labor, because she didn’t want to miss the tea and bread—but after the service she had to go into maternity and delivered within 10 minutes, 2 boys! We named them Christmas and Noel! We brought her take out tea and bread!!
After tea Lori and I went home and started cooking and by 2 p.m. we were ready to serve up the Christmas feast. We had used the gas stove and turned the generator on to use the electric stove too! We had invited the Mereki family and Dr. Murenje. Dr. Murenje woke up sick and we thought he had the flu so we had told him to rest until dinner was ready. When we went to call him at 2 p.m. he had broken out in chickenpox! So we brought him dinner and I am now on call until he is better.
We ate turkey (I found a 7 ½ pound turkey for $31!), ham and all the trimmings! We had pumpkin pie and Christmas cookies for dessert! So 8 of us enjoyed! We finally finished about 5 and then we went to take a nap! I woke up long enough to watch some TV and then off to bed! It has been very hot to sleep with no electricity but jumped into the pool before bed to cool off and sleep better!
Today is Boxing Day and so holiday. I made rounds this morning and checked on the doctor—he is better but itching! Finished washing the dishes from yesterday—having to heat water on my gas stove to use for the dishes! Maybe we can hope today they might fix the electricity-ha!
Hope your holidays have been great and a time of Joy and Thanksgiving for the birth of our Savior!