Off to South Africa Kathy and her residents team and Buddy 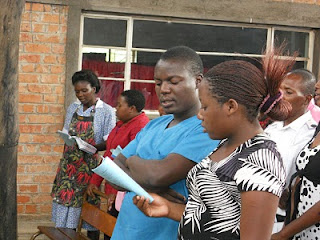 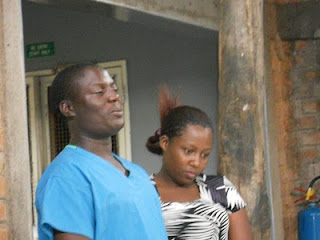 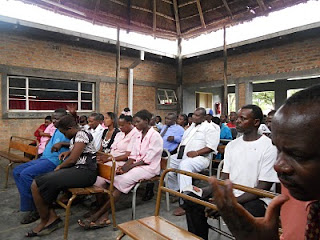 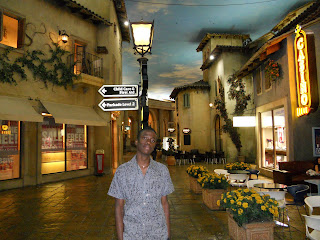 Michael at Monte Casino in Joburg 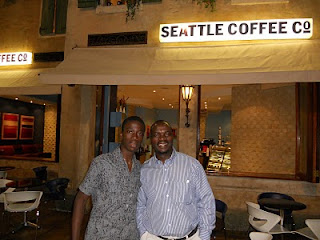 Michael and Major in Joberg 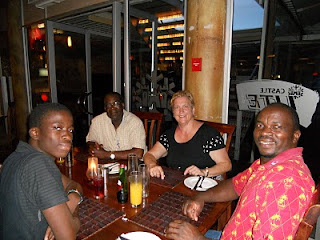 Dinner with Zebedee Togarepi, Michael and Major in Polokwane

On January 23rd Major and his 17 year old son Michael and I went to Polokwane, South Africa (15 hour drive from here) to have our Land Rover worked on. The turbo had broken in it and the car smoked all the way down. We met up with Zebedee Togarepi , a minister friend who went with us in his car. I rode with him and we followed the “smoking gun.” We spent the week with the car in the shop and enjoyed running around and being in a “developed country” with a KFC on every corner and 2 McDonalds. What more can you ask for?
We enjoyed walking in a mall, window shopping, going to a movie and grocery shopping where they have everything and 10 brands of each. We spent a day driving to Johannesburg (2 hours from where we stayed) to show Michael a 10 lane highway and traffic jams! After 6 nights we drove home, crossed the boarder in an hour (that is a record almost) we arrived in Harare at 1 a.m. and left by 7 a.m. the next morning to get home.
We got home for the going away party for Dr. Murenje on January 31st—his last day with us. He has been with us for 2 years and has moved to Harare to take a job there. We had a great lunch and presented him with some nice clothes to wear to his new job—can’t wear his scrubs anymore!
This past week we were joined by 3 visitors, Family Practice residents from Ohio State. They are here with us for 3 weeks. They have had some good experiences so far from delivering babies, to do spinal taps to see patients in the wards and outpatients. They are Lindsey Konor, Shivonne Suttles and Simarpreet Vidwan. Dr. Zimudzi has been away for 4 days due to a death in his family and so they have been fun to have following me and doing a lot of my work for me!