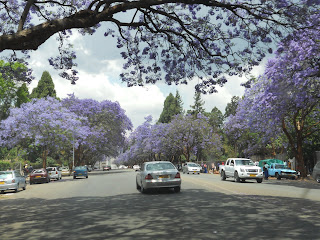 The Jacarandas in bloom in Harare! 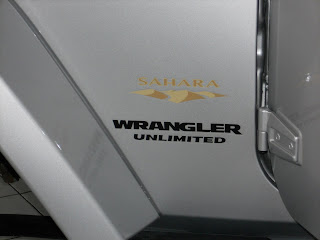 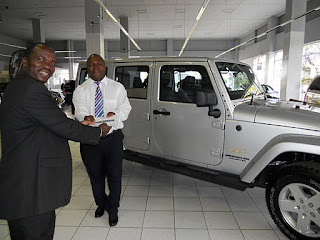 Handing over of the keys of the Jeep from the salesman Mr. Blantyre 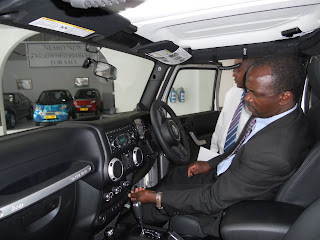 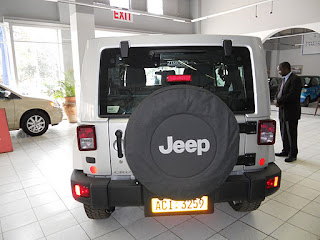 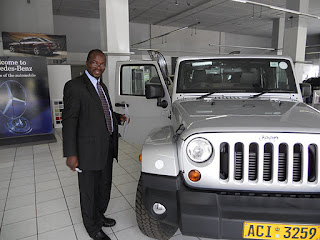 Major and the New Jeep