A Day in Town!


When people haven’t been somewhere it is sometimes hard to imagine how other people live.  I wanted to share with you--a day in town and what it means when we plan a trip to town.
Town is Harare, the capital city of Zimbabwe.  It is a big and modern city with over 3 million population.  It is crowded and there is traffic no matter what time of the day or evening.  To go across town takes 30-45 minutes depending on traffic!
Major and I left for a 1 day trip to town yesterday.  We thought we had quite a reasonable list to try and achieve in 1 day and come back the same day:

Up at 0330 dark thirty to make coffee (so Major stays away driving) and take a shower.  No water so washed with a 5liter bottle of water I keep for emergency.  We left at 0400 dark and off we went.  First we had to endure our dirt road.  I thought I might try and sleep while Major drove, but I kept being thrown around in my seats from the bumps, no nap on the way in!
We seemed to pick the day the roadblocks were out in force.  The police wave you to stop and as soon as you stop they say go!  We hit 6 roadblocks before we got to town.
We arrived at 9:30 a.m. exactly on time for my dentist and Major dropped me and went off to do some of the things while I had teeth worked on.  After 3 X-rays, 2 fillings and talking, my dentist decided I needed a wisdom tooth pulled that was at an angle and not helping me--so then I had the tooth pulled.  Cotton put into the big hole and then I tried to talk on the phone to tell Major to pick me up now that I was done at the dentist--1 1/2 hours later and $600 and I couldn’t open my mouth.  He kept saying “what are you saying?”  The last words from the dentist were no food on the left side--only cold drinks (where tooth had been pulled) and no food on right side for 4 hours until filling was set.  So I left not sure what to do!
Then straight to the doctor arriving only 5 minutes late.  Major dropped me and off he went to do more errands.  We got back together at 12:15 p.m. and off we went on more errands until we meet our friends for lunch!
Dr. Dale and Sue Alice Erickson were our first doctor and wife in 1968 when Chidamoyo Hospital opened their doors.  They had arrived in Zimbabwe on Saturday and are teaching at UZ Medical school for a month.  They stay in our flat when they come, so we met them for lunch to talk and eat!
Then we were off and running to the bank.  We had been at the bank earlier and of course their computers were down--again we went and they were down still!  Our only day in town and no bank--so we took money out of the ATM which did work and off we went to get our glucose strips.  When we got there they told me of a new PSA test they had which tests on a dipstick the cancer marker for prostate cancer.  So I decided to buy 60 test kits to try and the lady selling them to me asked if she needed to be tested.  My reply was “only if you have a prostate.”  She said she didn’t know!!  I assured her she did need a test, and she is the one selling the test!
Then out to see a flat that was for sale.  I own a flat in Harare that we use a lot when we have to come to town.  We use it many times with our visitors when they fly in and out and also some of the missionaries here have keys and can use it.  We want to move from where we are to a bit better one so have been looking.  We are praying for it all to work out.
Then it was 4 p.m. and across town to get the car we had to get out of the shop by 4:30 p.m.  We made it by 4:24 and then I left Major there to follow me to the other car place to leave the car we had been driving in the shop for it’s service.  I needed to make it there by 5 p.m. and of course, it was across town and I had to drive through downtown with people, cars and combo’s competing for the road during rush hour!  I made it at 4:59!  By 5:30 we were out of there and on our way to the flat to leave linen we brought and then a grocery store, grab something to eat, get fuel and head for home!
We left town at 8 p.m. on the dot and arrived at 01:30 a.m. to collapse into bed.  Fifteen minutes later the car alarm went off because of the wind!  In my sleep I am trying to find the keys for the car and turn it off, as my guard is knocking on the door telling me the alarm is going off!  I guess he thought I was deaf as well as dumb!
Up at 6:30 to get to work by 7:30 and off for a busy day of work because tomorrow is May 1st, Worker’s Day holiday!  Tonight is Bible Study!  Dreaming of bed already!
That is our typical day in town!  I think it would make a great Reality Show--but I think I would be praying to be kicked off the Island quickly!

Thought I'd share some of my recent bird pictures with you! 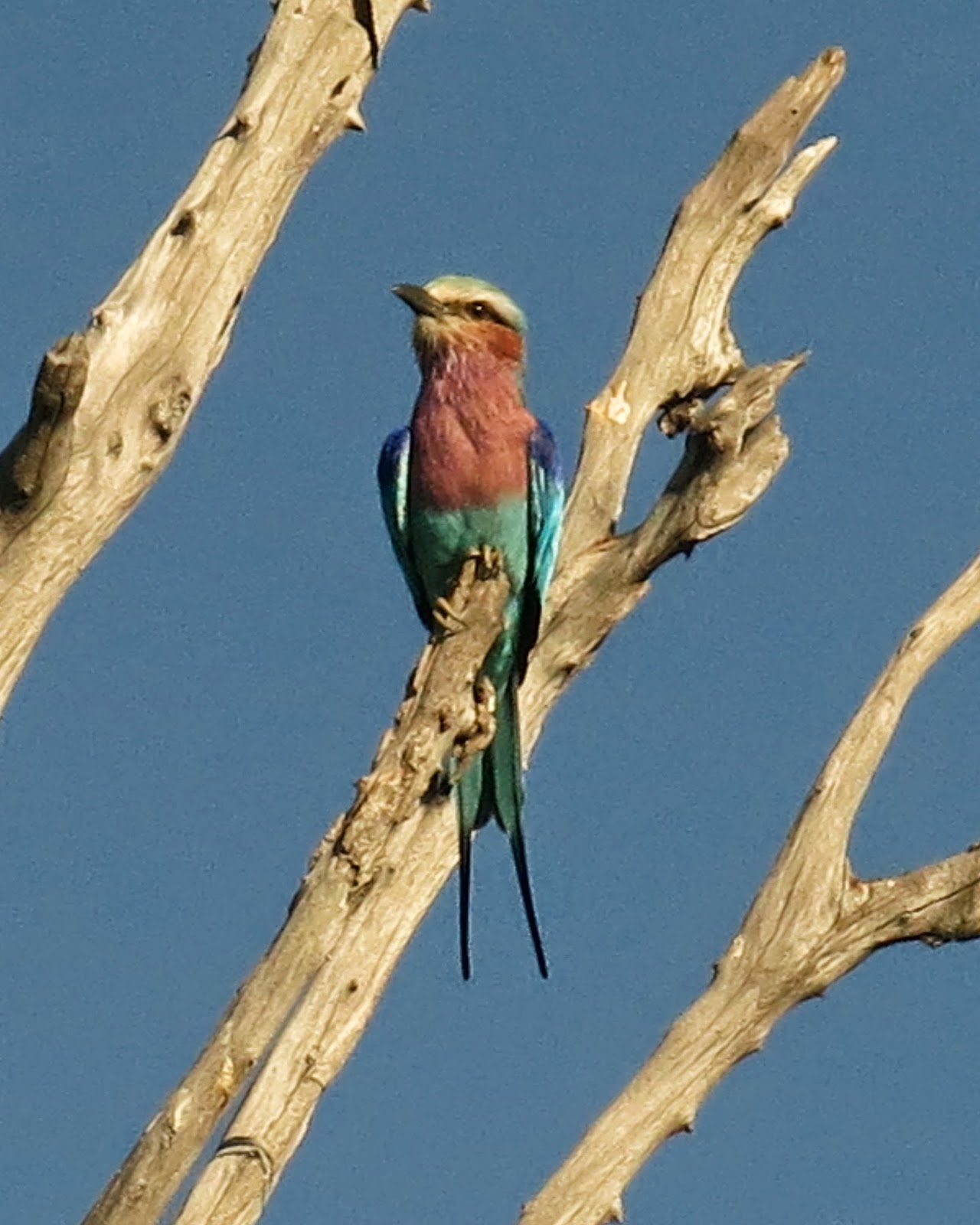 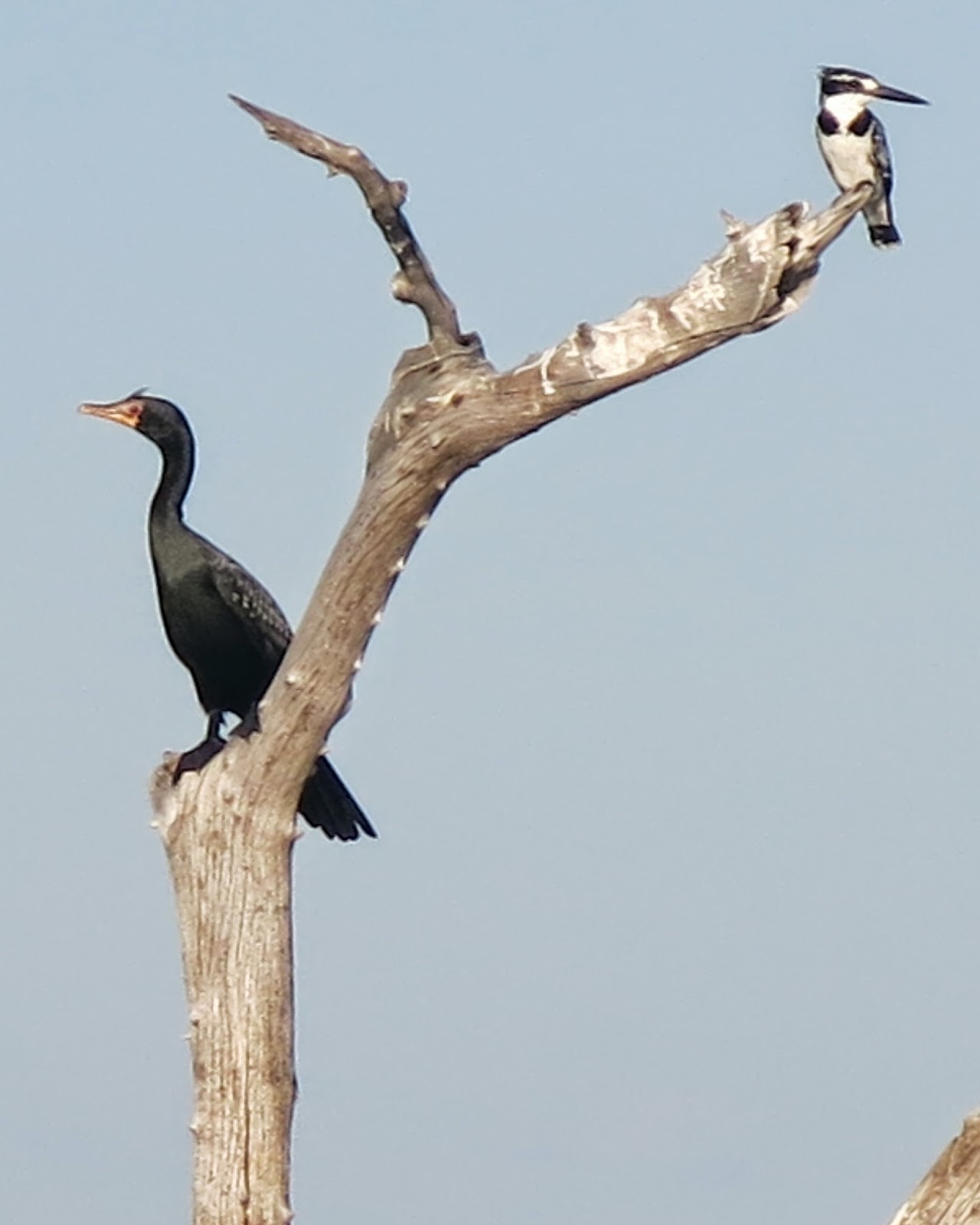 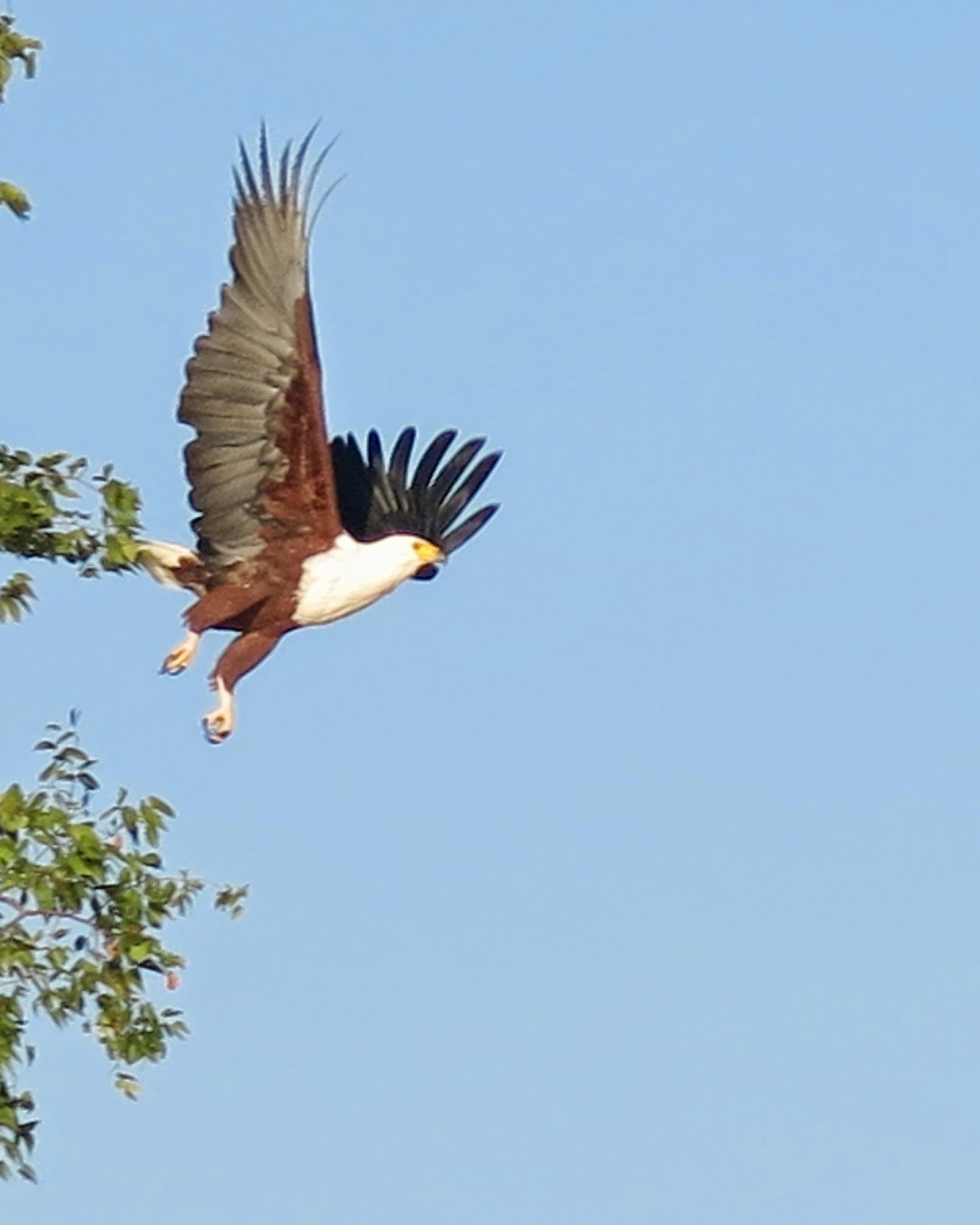 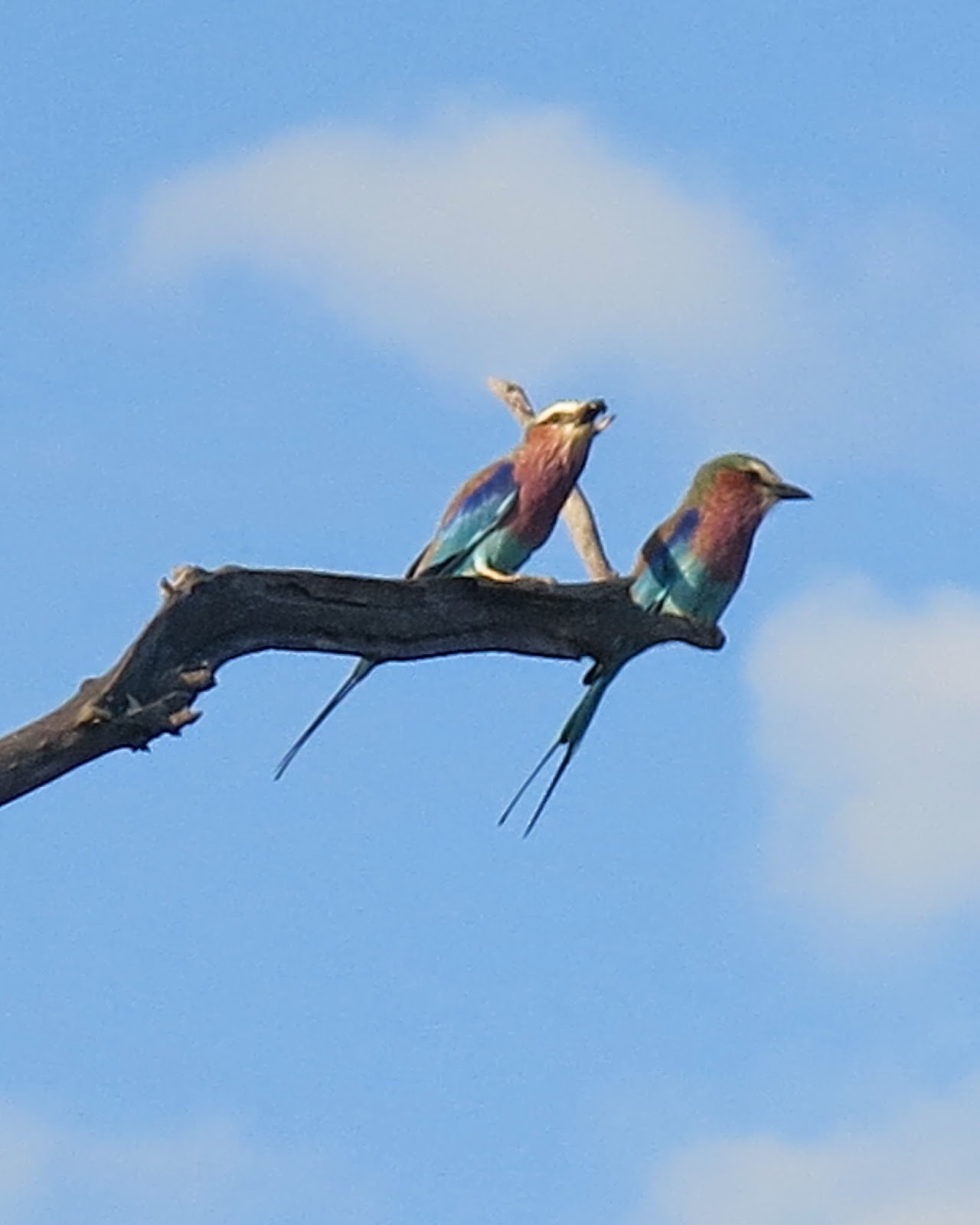