On the 26th of April I went into the hospital in Harare to have a right kidney stent removed and replaced.  It went well and I was out the same day.  They have to be replaced every 3 months and this was my third one.  Spent the next day in Harare and then headed for home on the 28th.  This is hopefully my last stent as I will be leaving mid-August to go to the USA to have surgery at Stanford Hospital in California that should correct future problems.  My doctor here can't wait!!


On the 30 of April after work I left with Major and his wife Patience to drive to Harare.  We got there shortly after midnight and by 4:30 a.m. we were up to leave by 5 a.m. for the airport for a 7:20 a.m. flight to Joburg, South Africa.  Michael, Major’s son met us at the airport in Joburg and went on to our hotel near the airport to spend the night with us.  The hotel had a free shuttle to the nearest mall and so we spent the afternoon shopping before we took off the next morning—all 4 of us for Windhoek, Namibia.


We arrived in time to do a bit of shopping downtown and then have lunch with one of our doctors from the past—Dr. Irvin Zimudzi who has been a doctor in Namibia since he left us in 2011.  He served us from 2009-2011.  It was great to connect with him and share some old memories.


We then took off in a rental car to our destination—Namib Desert Lodge—a 4-hour drive away mostly on dirt road—but good dirt road, better than some of our tarred roads in Zimbabwe!  We arrived at 7:30 p.m. in time to have dinner!


The first day we went out to the sand dunes and spent some time climbing them.  Michael made it to the top!  It was in the high 90’s and hot so I spent a lot of time sitting in the shade and cheering them on!  We saw several of the big dunes—they have the highest dunes in the word and  the most beautiful color of sand.


The next day we spent at the lodge and Michael and Major went riding around on the electric bikes they had there.  Patience and I laid around the pool!  We drove to a cute little town of Solitaire that has a bakery, petrol station and store and a lodge with a diner and ate lunch.  It was a 35 minute drive each way. Then in the afternoon we went on a game drive up the mountains behind the hotel.  Saw lots of Onyx around and some springboks and rabbits.  We stopped at the top of the hills to watch the sun go down with drinks and snacks!


Each evening we had a wonderful buffet dinner with 2 different kind of game meat to taste!  Michael was so happy and ate a lot for all of us!  That guy can eat!


The third day we drove to Walvis Bay to see the Atlantic Ocean!  Another 3 and half hour drive on dirt through passes and mountains and crossing the Tropic of Capricorn!  We found a mall and did a bit of shopping before heading home.


We got home for dinner and we celebrated Major’s (May 20th) and Patience (May 28th) and Michael’s (May 28th) birthdays with a cake and some traditional singing by the staff.


On the 6th of May we left at 5 a.m. in order to get to the airport in time to leave for South Africa.  We got in at 2 p.m.  and our plane on to Harare didn’t leave until 7:30 p.m. so we stayed at the airport with Michael and had dinner before saying good-bye to him and flying onto Harare.  He is busy looking for a job.


We got to my house in Harare about 10 p.m. so exhausted we waited until the next day to go home!   We thought we might drive home right away but age is catching up with us and we needed the rest!  What a wonderful vacation we had.  We will see Michael again on the 13th of June when we fly to Joburg for his graduation from Law School.


This week we got the new curtains up in the Waiting Mothers Shelter that were sewn by Patty LeDonne and her ladies’ group from Sebastopol Christian Church.  The pregnant mothers were so happy to have real curtains!  Thanks to all who helped make them!
Major's daughter, Carolyn just finished her Freshman year at college in Kentucky.  She has done very well and made the Dean's List both semesters.  She flew on the 14th of May to spend the summer with our friends and great Chidamoyo supporters, Larry and Cheri Gail and family and Jo and Darik Taniguchi.  They have lots of activities for her to do,  Both of these families will be here with us in July and then Carolyn will go to Santa Rosa for 2 weeks to be with my family. 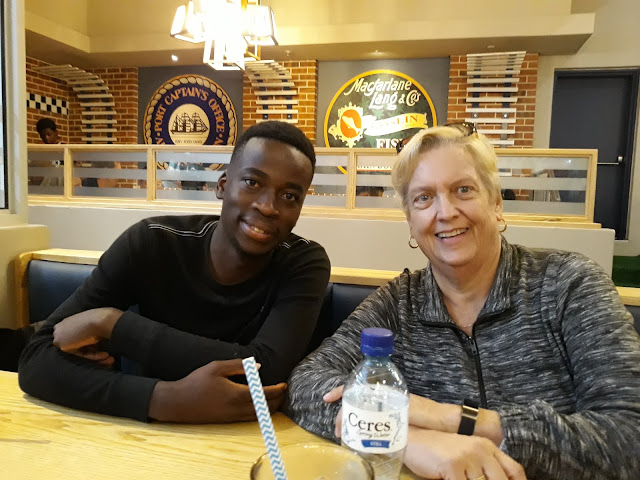 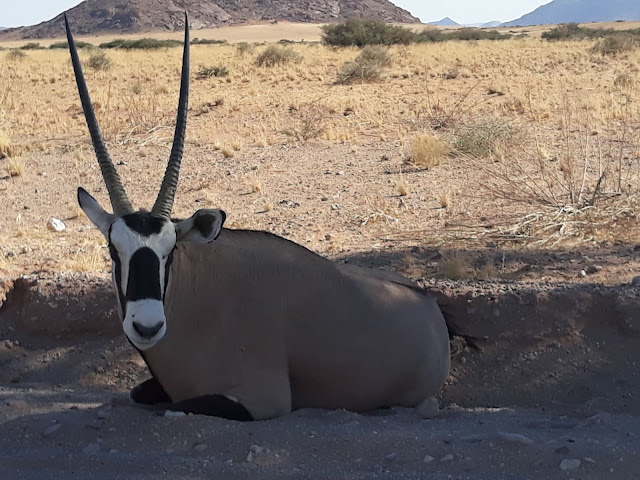 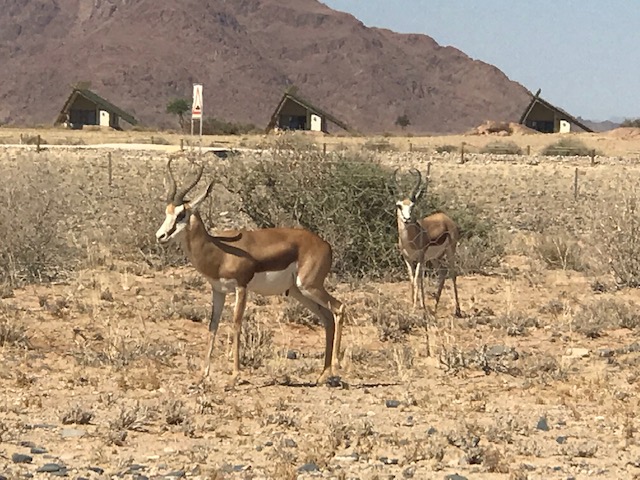 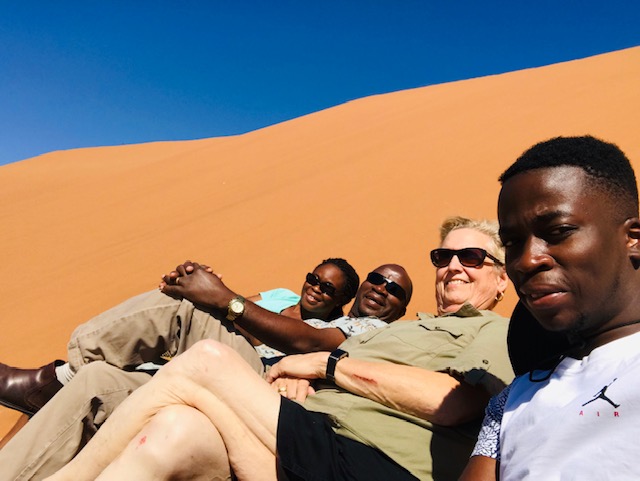 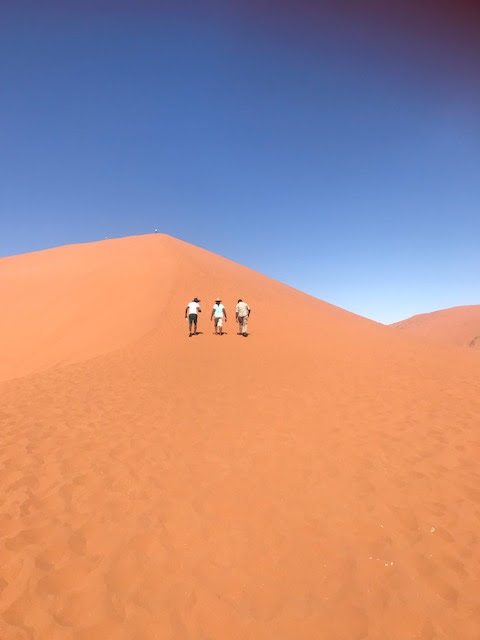 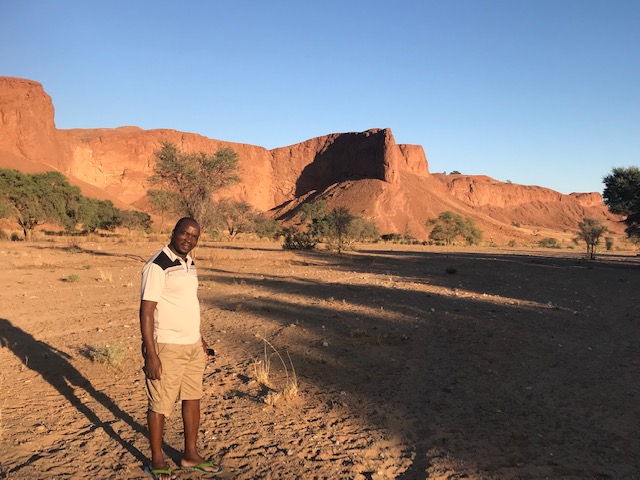 Major with the Fossilized Dunes at our Hotel 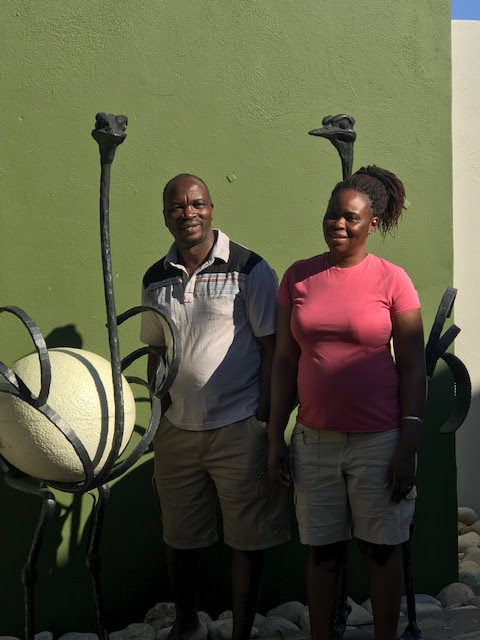 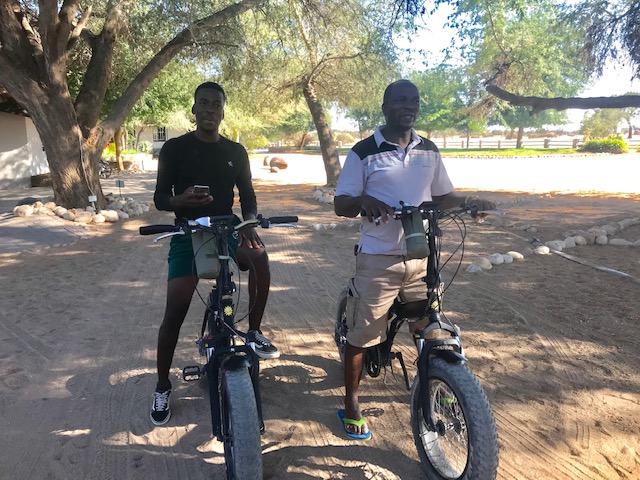 Michael and Major on the electric bikes 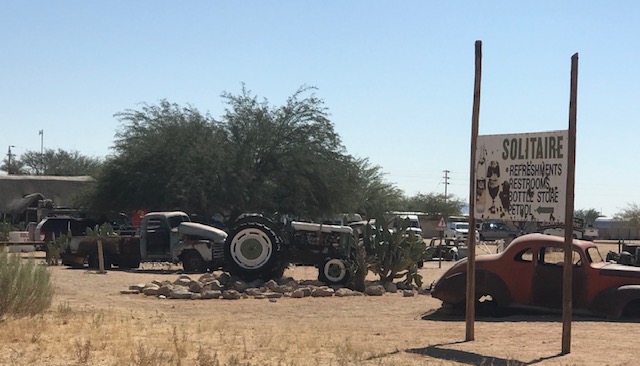 A town out in the middle of the dessert--Solitaire Mereki family at Sunset in Namibia 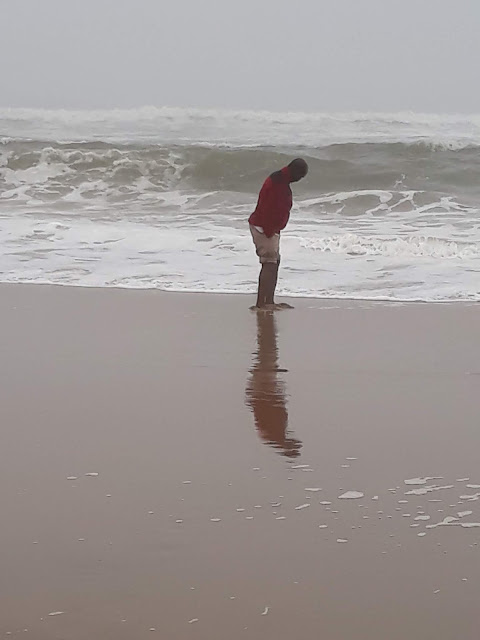 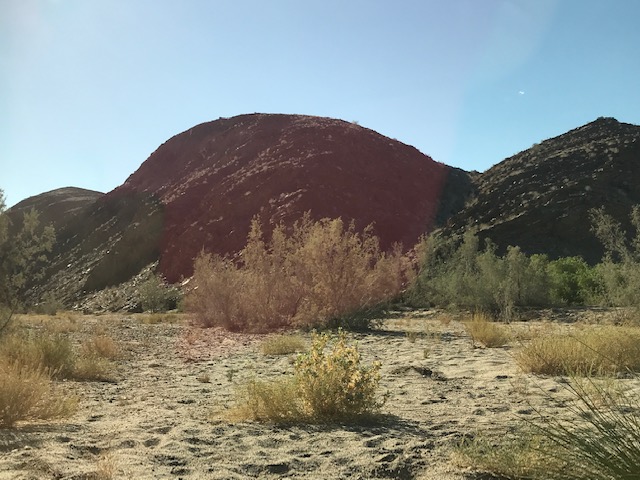 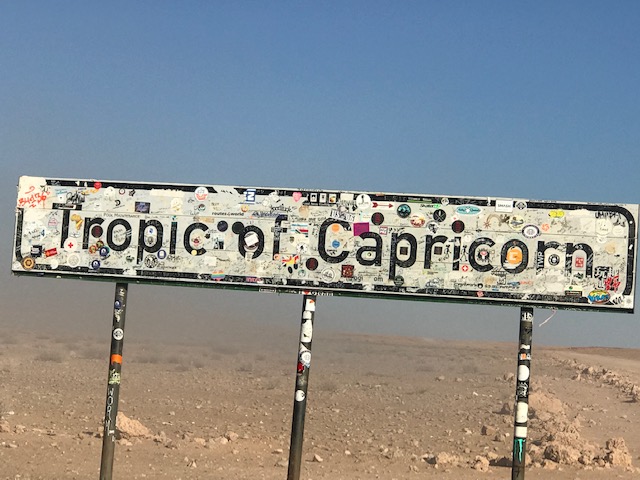 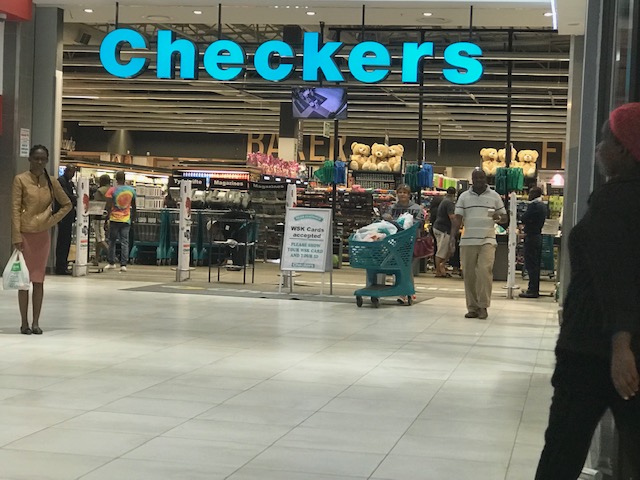 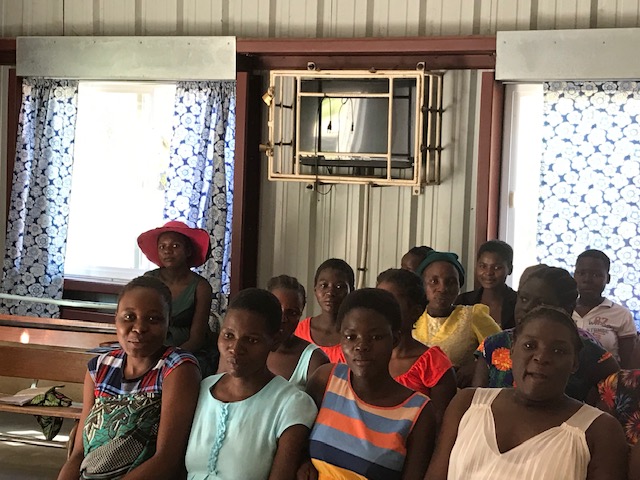 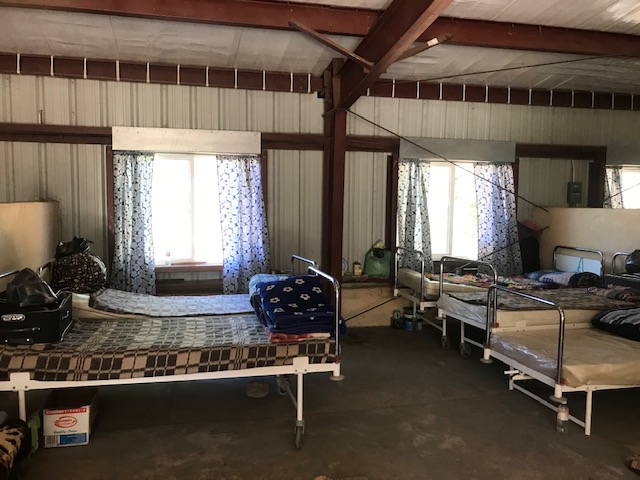 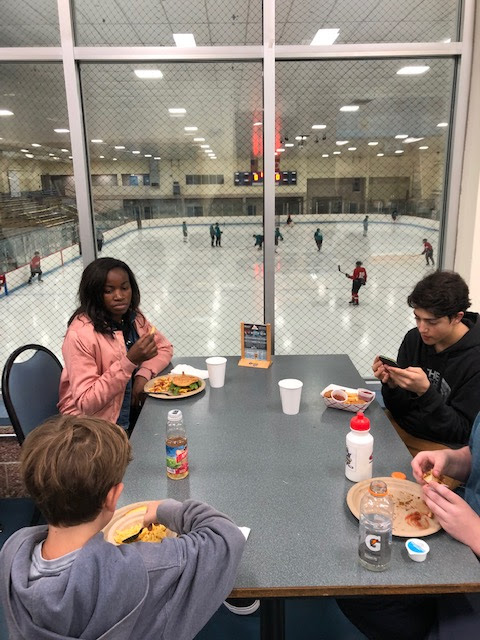 Carolyn with Ethan and Eli Gail at Hockey practice in Seattle 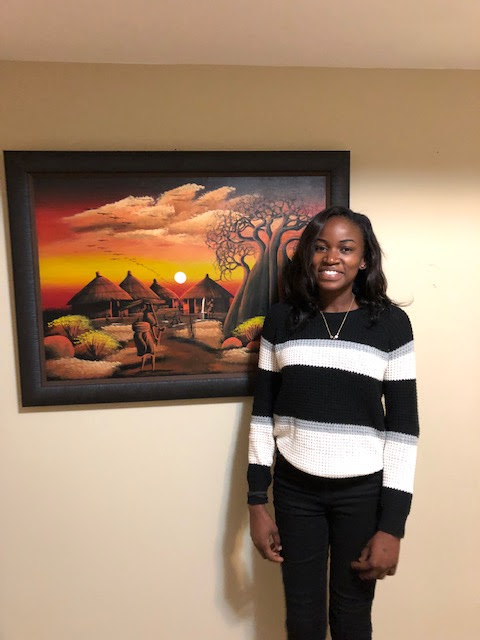 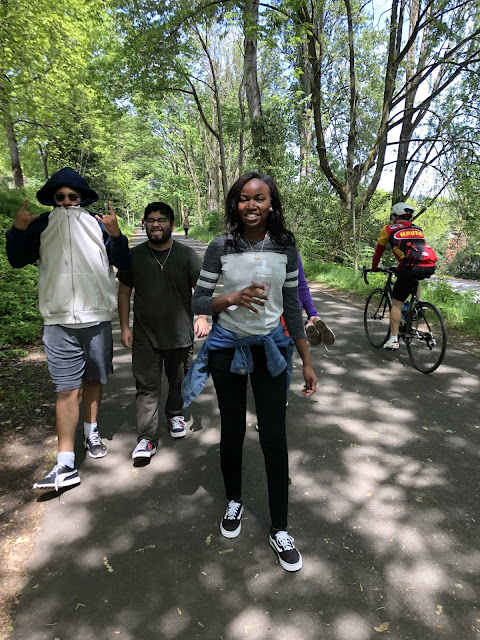