This week we had visitors from Carl Junction, Missouri, Karen and Isaac Barringer.  Isaac grew up as a missionary kid here from 1990-1996 when his parents, Jeff and Debbie Barringer worked as our Maintenance Family.  Karen and Isaac have come back to explore the possibility of working as missionaries in Zimbabwe with their 2 daughter Lauren and Jaylene.  They are looking at helping out our hospital in Mhangura, Makonde Christian Hospital.


They spent 4 days with us seeing where Isaac grew up and I put them to work doing month end reports (yeah they came right at the right time to do those!) and organizing some of the boxes that came in the recent container.  We had a great time with them and will meet them for a day in Harare when they leave on Friday.  They drove off to Doma to spend the weekend there and then will be at Makonde Hospital next week.  We sent them off with a patient to drop in Karoi for us.  His dad did a lot of ambulance trips for us—so just like old times!


On Tuesday night we celebrated Carolyn Mereki’s 16th birthday!  Her real birthday was on the 8th of July but she is in boarding school and so we couldn’t celebrate until she came home for school holidays.  We had dinner for 11 of us and made her wear the famous Chidamoyo birthday hat and birthday glasses!  We did Facetime with her daddy (Major) so he could be part of the party too!


This week we had elections for President, Ministers of Parliament, counsillors, Senators and local people.  As I write the President has not officially been announced but the MP’s are 2/3 or more ZANU-PF which means that 89 years old Mugabe has won another 5 year term.  There is a lot of depression and anxiety but we put it all in God’s hands.  We know God is in control of Zimbabwe.  Continue to pray.


We have about a 6 week break until our next visitors and I look forward to catching up on projects at home.  Work always keeps me busy so now I might have some time to relax a bit!


We hear from Major and he has been well received by churches and friends.  He is eating too well and drinking too much root beer!  I am sure he is putting on the pounds!  Thanks to all who are taking such good care of him!  He also drove on the freeways in LA this week—wow!  He said it went well. 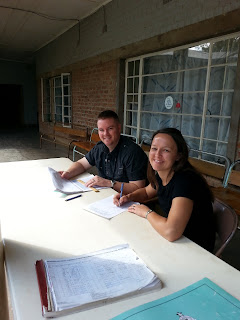 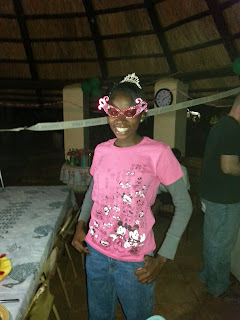 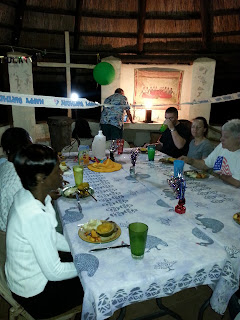 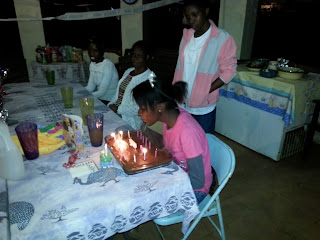 Blowing out 16 candles is hard! 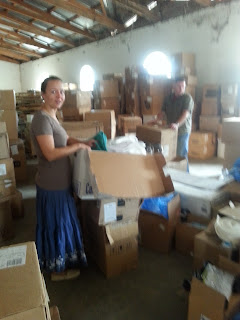 Karen and Isaac going through boxes from recent container 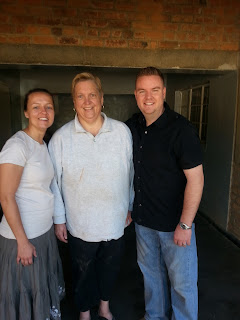