It has been a very busy 2 weeks and hardly time to catch everyone up!  We of course, had many visitors over these few days.  On the 9th a team of 8 from or Research project came to visit from Tuesday-Friday.  We went over some issues with our ongoing research on Adolescents on ART.  We have enrolled close to 350 children in the study.  We are looking at Viral Loads, kidney function, urine, and how compliant they are on their drugs. We started in February and will go through February 2020.

Dr. Ben Wattley from the UK continued his visit with us and he worked Monday morning drawing Viral Loads.  Since the week before had been a holiday—we had 2 weeks’ worth to draw.  We ended up sending more than 250 samples.

On Thursday the 11th I went out to Batanai to draw Viral Loads.  The road has gotten a lot worse in 2 months!  It was a killer!  We did get the blood drawn and the kids are doing well at this site.

On the 11th of May, Courtney Walker, and RN from my hometown of Santa Rosa, CA arrived for a 2 week visit before traveling on to another medical mission in Ethiopia.  She works at Kaiser hospital in Santa Rosa, and we put her to work right away helping me with 2 C/Sections over the weekend.  She is a cardiac nurse at home, so she was excited to be helping with babies!  She helped me resuscitate one.

On the 11th-14th we had Seniors from our Bible College (Zimbabwe Christian College) here for the weekend to train them how to minister to sick people in their future congregations.  We began this program in 1992 and have continued every year since then to train these future ministers.  They spend time in the hospital with us on Saturday and go out to preach on Sunday at our churches.  Saturday night we have a dinner for everyone and Sunday night I have snacks for them at my house after church, so we can do a critique on churches they went to and about the sick patients they see.  They leave on Monday morning after devotions at the hospital.

This past week we had 7 men and 1 woman and 2 faculty members who came from the College and this next weekend we will have the same number—so it is a busy time.

Ben was off to see Vic Falls on the 12th-14th and just came home from Harare last night and we put him to work again.

This week we started an HPV campaign in the country for girls from ages 10-14.  We have been covering 6 schools a day for the whole week.  Courtney has been going out to help and Ben joined her today.  They come home very exhausted and dusty from head to toe about 6 p.m.!  We are happy for this program as Cervical Cancer is so high in Zimbabwe, which is almost all caused by HPV.

On Monday afternoon we were joined by Evelyn Haasbroek and her friend Ben who are pre-med in North Caroline at Bob Jones University.  They will be Juniors this fall.  Evelyn is from Chinhoyi and came out here three years ago when she was in high school to see if she wanted to pursue a medical career.  This experience decided it for her and she wanted to come and observe and help for a few days.  They leave on Thursday afternoon.

Ben and Courtney are off for a weekend at Rhino Camp this weekend and then we all head into Harare next Wednesday as they leave on Thursday. 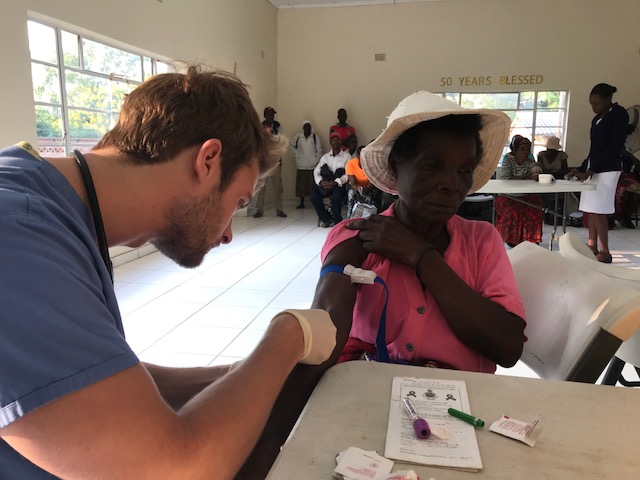 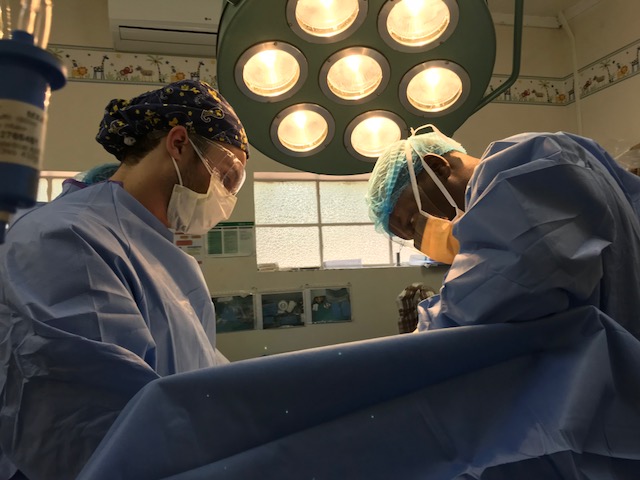 Ben on left assisting Dr. Isala with a C/Section 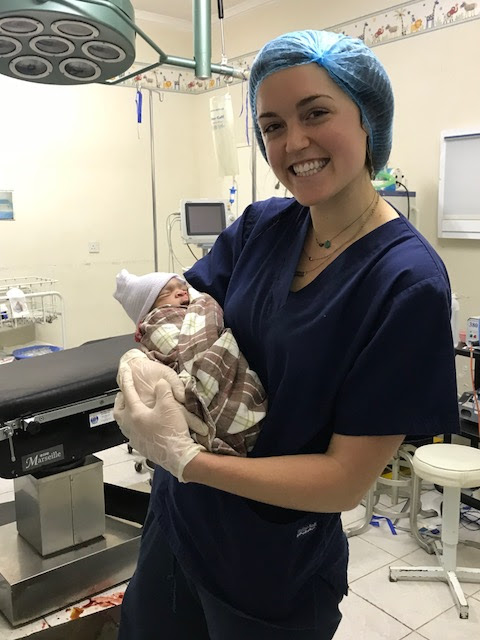 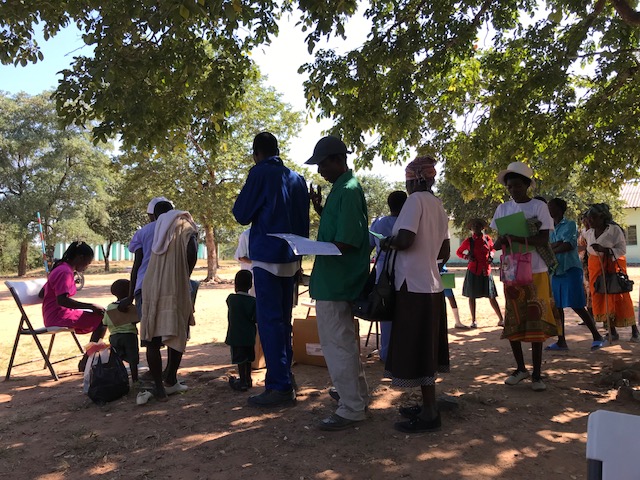 Out at Batanai to draw viral loads at their ART clinic 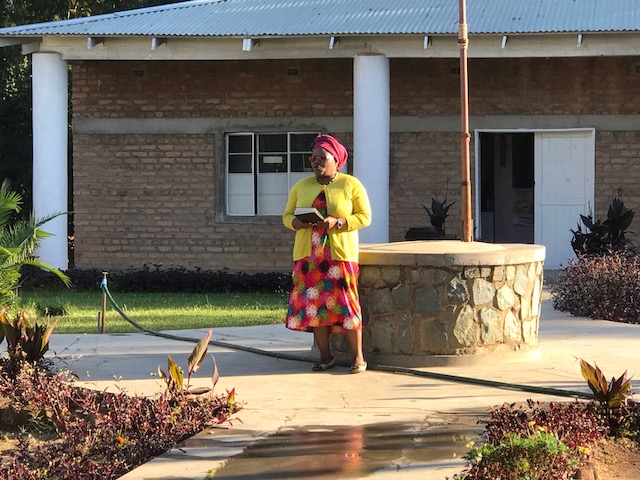 Caroline, part of the research group, giving devotions for our staff and patients 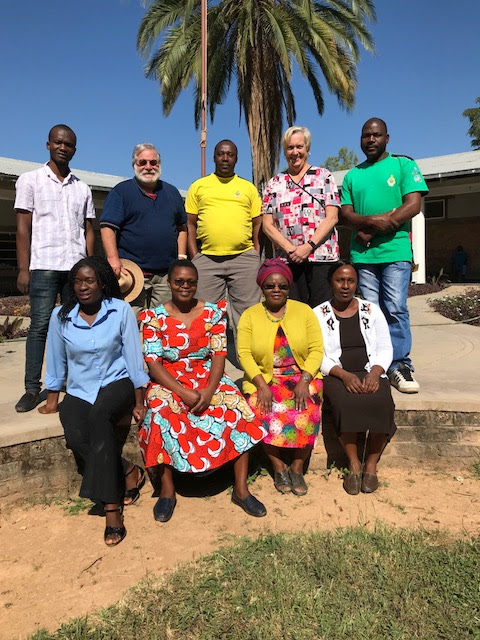 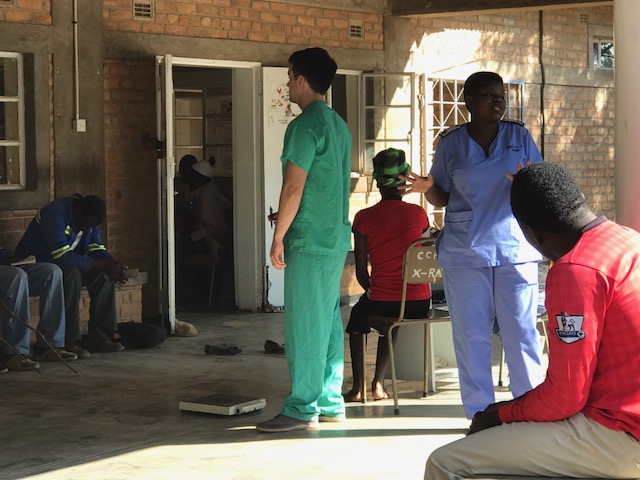 Ben from US helping take vital signs on outpatients 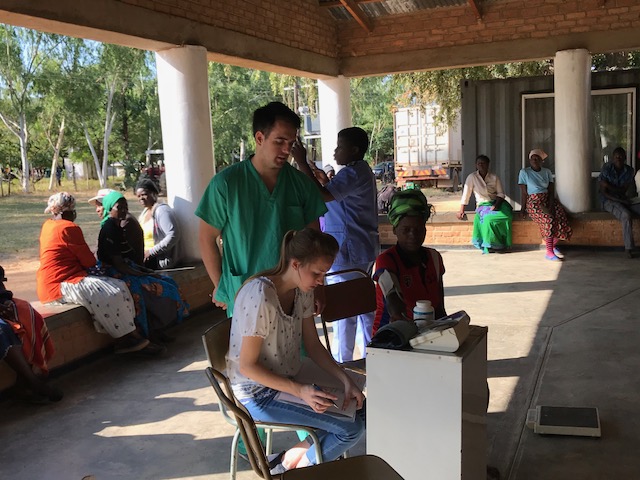 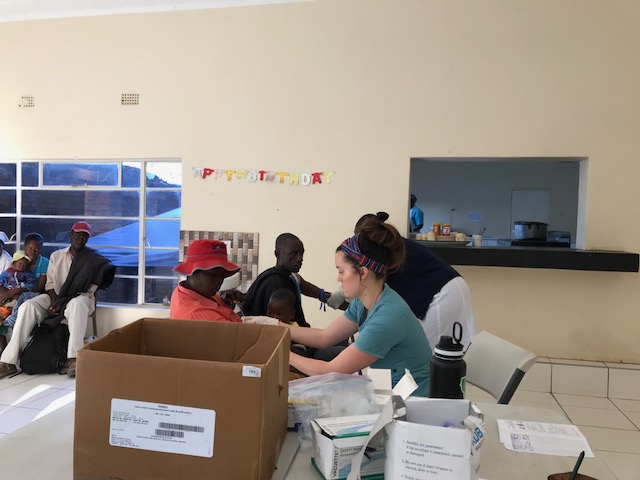 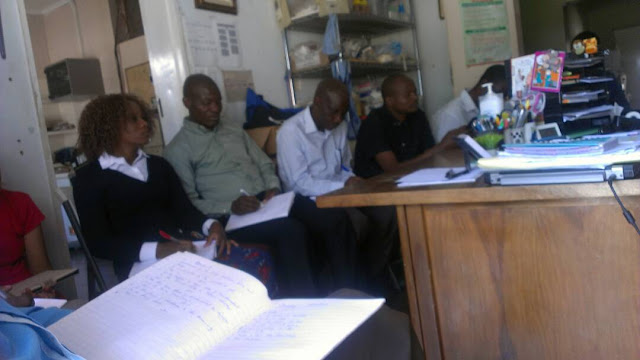 Zimbabwe Christian College students learning in my office at the hospital 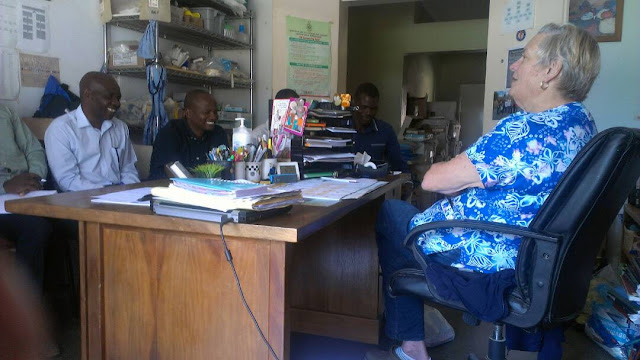