Showing posts from March, 2011
Show all

One of my patients brought me 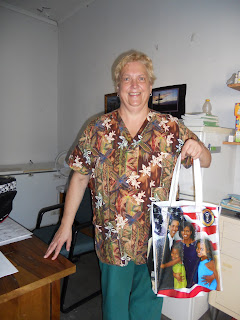 Hey look what one of my patients brought me. She brought me an Obama bag since she knew he was the President of the U.S. She saw these bags for sale in Harare and thought of me and bought it for me. It has pictures on all sides and bottom has a flag of US. when I offered to buy it from her she said "no, you are keeping me alive on ART and I appreciate that!"
Post a Comment
Read more 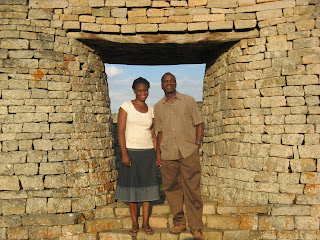 A special weekend event for all you alumni of Chidamoyo and supporters--please mark your calendar and join us! Benefit of Hope Project is to Raise money for a new ambulance for the hospital For Chidamoyo Christian Hospital Please come and celebrate with us on July 16th 6- 9 p.m. Bitter Lake Community Center Seattle, Washington Special events: Sadza—all you can eat and Mexican (kapenta and Mopani worms too!) Face painting Silent auction (Zimbabwe things) Marimba band Dancing—Zimbabwe style Special guest star: Major Mereki RSVP:friendsofchidamoyo@gmail.com Special Braii (BBQ) For Chidamoyo Alumni Friday night July 15th—Cedar Ridge Christian Church, (suburb of Seattle) 5:30 p.m. onwards Free A time of get together, eating, sharing stories and fellowship. Please RSVP: friendsofchidamoyo@gmail.com This is a pre dinner for our Benefit of Hope on Saturday. If you need help with hotel bookings please indicate.
Post a Comment
Read more

One of those days! 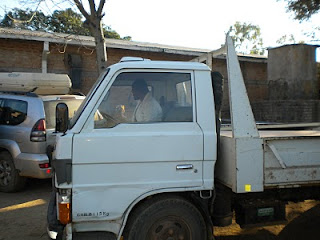 We started yesterday (Sunday) with both of our doctors gone and so I started the day by making rounds and making sure all the in-patients were settled. While I was making rounds Major came and said the Chinese company putting in the cell tower behind our hospital (yes we might have a phone in 1 month!!) had extra cement they wanted to sell us from their other site at Makande about 2-3 hours drive from here. So we decided to send our lorry (yes it is up and working-finally!) for it. Of our driver and helper went. By 7 p.m. Sunday evening I had a prior C/Section in labor and not having strong contractions to progress well and the lorry was not back! So we called our back up driver and another helper and sent them with the LandRover off to find our lorry. We had expected one of the doctors back by combi or bus but none had come by then and we kept hoping he might make it back in order to do a C/S here. By midnight by lady was still not progressing and no doctor we thought. I had sent
Post a Comment
Read more 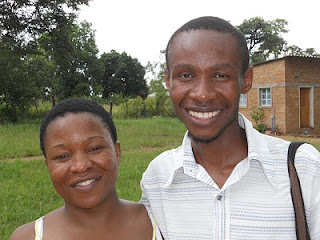 Dr. and Mrs. Kajese Last week on Tuesday Major and Tapson Jr. left with 2 trucks at 3 a.m. to travel to Bulawayo (9 hours away) to move our new doctor to his new home with us. His name is Dr. Shield Kajese (ka jessie) and he has just finished his housemanship. They packed him up and got him moved here safely arriving at 3:30 a.m. on Wednesday, very exhausted. The next morning when I was in the maternity ward talking to Dr. Zimudzi he showed up. I had only met him once during his interview and I didn't expect him up to the hospital so early and so when he walked in I thought he was our local policeman that we had sent for. When he followed us to the office I wondered what was going on and thought this policeman was a bit pushy to just follow us around and then finally figured out it was Dr. Kajese when Dr. Z said he was surprised to see him up so early--oh he is the new doctor! Then we sent him on a tour of the hospital with Main Munemo (mother) and everyone thought it was her s
Post a Comment
Read more 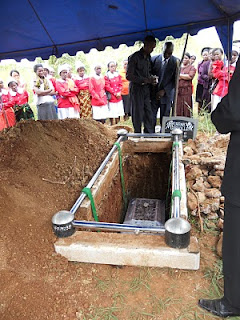 We were sorry to hear this past week of the death of our fellow missionary who lived in Chinhoyi (3 hours towards Harare from here). Judy would have been 75 years old in April. She has been sick for a long time with Arthritis, Diabetes and Hypertension and heart problems. She started feeling ill on Friday and her foster daughter, Kina, came out from Harare and was there with her. By Sunday night she was unable to walk or talk and Monday they moved her to Harare where she died about a day later. Judy worked with women's groups in the area around Chinhoyi, teaching many to read the Bible, sew and cook. She worked at Chidamoyo for 9 years as secretary at the hospital. She moved to Chinhoyi when the mission was evacuated in1978 due to the increased civil war. I replaced Judy for her first furlough in 1978 when I had just turned 18 years old. It was through this experience that I made the decision to become a nurse and return to help at Chidamoyo. She had a big influence
Post a Comment
Read more 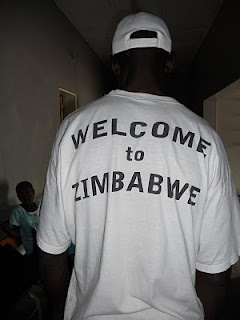 Back of Gadhafi T-shirt Obama and Gadhafi together sitting on the bench This week I decided to write about some of the funny things my patients tell me. I know as health professionals we have to maintain dignity no matter what our patients say—but sometimes you just have to be on the floor doubled up with laughter! • One patient I saw this week, as I was reading their X-ray and seeing esophageal cancer I asked him if he smoked. He said No. Then I said are you sure you have never smoked before? He said well I don’t really smoke because I roll my own tobacco in newspaper and then smoke! When I said that is smoking—he said, well I didn’t really thinking that was smoking since I didn’t buy the cigarettes! • I asked a patient if they had ever been treated for TB before and they said no, but VD yes! • When we start patients on ART we have to ask people their birth date—always a challenge here. Most people have no idea when they were born, but they always try to guess. Recently I have a
1 comment
Read more
More posts